Explore ideas with this small and simple tileset. Made as an exercise to see just how few tiles you'd really need to make a complete classic japanese style RPG, then expanded slightly because it was fun to make. It uses Dawnbringer's 16 color palette, making the tiles easier to tweak, recolor, or make additions for. Tiles include an upscaled version setup for use in RPG Maker VX Ace.

This is licensed CC-BY-3.0 with the anti-DRM clause waived.  Please credit me as Lanea Zimmerman.

Just to confirm i'm allowed to use those as long i give credits right? it's for a free rpg maker game, oh if possible also want to know if i can edit those.

Correct!  And yes, edits are totally allowed.  Just don't claim the edits as completely made by you only, I've had that happen before and it's not cool.

Any thkughts on a new pack or a mega pack? I just love this style.

Not in this exact style.  I've been working on something that's in a similar enough style that they can be somewhat mixed.  It's not the same though, it's more complicated, has a different larger palette, and is made for taller sprites.  It also won't be free like this one is.

I cant wait to see, thanks for the update.

I'm in early stages of a POC, unreleased game and used this pack. I will credit you and your profile.

Just came here to say this sprite pack is just what I needed: a character walking in 8 directions, with cool monsters :)

I'm glad it's working out for you!  Have fun developing!

Your description says CC-BY-3.0 but your metadata block says CC-BY 4.0.

It may or may not be possible to satisfy both at the same time, resulting in an effective “all rights reserved” status, so you’ll probably want to bring them into agreement to play it safe.

Not sure where the metadata came from, honestly.  It's licenced under 3.0, but if 4.0 works better for you, that's fine.  The licensing is all based on what I want anyway, it's not like Creative Commons has any say on what I want to do with my art.  ;)

The metadata should be something you select from a dropdown, judging by the screenshots of the Itch.io creator UI that I’ve seen.

Either way, it’s more that, as stated, it causes uncertainty for you to have two different statements of what the license is with neither clearly overruling the other or saying that the reader may choose whichever of the two they prefer.

Ah, that's right, I forgot.  There wasn't an option for 3.0 in the drop down.  This has been up on itch.io for about 4 years, so I've forgotten.  I appreciate the concern, but I think it's going to be okay to keep it like this, because I'm lazy and updating it here would mean I'd need to update it elsewhere too.  I'm partial to 3.0 because I understand it better, but it's my understanding that the main differences between 3.0 and 4.0 was how it handled the anti-drm clause, which has been waived anyway, which is why I'm not fussy about which one it's licenced under.  My main concerns with licensing is that I am credited, that others don't sell the artwork itself for profit or claim it as their own, and I'd like for others to share any major modifications they make.  Using Creative Commons is just an easy shorthand for that concept.  If people need a slightly different license, I'm flexible.  If someone needs a more detailed explanation, I'm willing to give it.  I don't really care about getting into the nitty gritty details of exactly what is and isn't okay, that's not the point of me sharing my artwork, and I don't think it should really come up for someone wanting to use my art in a way that's fair to me.  As long as someone isn't trying to figure out the exact nature of the rules so they can legally be unfair in their treatment of me, everything should be fine.

I respect that. My concern is that, for my list, I’m wary of active ambiguity like that because I’m trying to plan for situations where the creator is no longer reachable for clarification and someone might have only archived the description and/or metadata block.

(Plus, I’m just generally wary of ambiguity from all my time reading tech law blogs.)

Is there anyway I could convince you to tweak either the description or the metadata block so it’s completely clear to anyone who doesn’t read the comments whether you intend “your choice of CC-BY 3.0 or CC-BY 4.0” or for one to trump the other and, if so, which one?

Ah, I see.  Yeah, that makes sense.  I'll tweak the description, since changing the metadata to 3.0 isn't possible.  Hmmmm, I should add some more things while I'm at it.  I'll update it after I draw more stuff.

You're welcome.  Good luck on your project!

Hey! I really love this asset bundle. I used it for a game I just released, and it was exactly what I was looking for! Thanks for making it available!

That's great!  A game for school, huh?  This is exactly the type of thing this set was made for.  I'm so glad it was helpful. :)

Ah, I don't have Discord actually.  If you want to talk about a possible commission or collaboration or similar, then I'm sorry.  I don't do those anymore, partially due to my poor health.  If it's about something else, let me know and we can exchange emails or something.

hope you get better

Me too!  :)  This isn't something I can get better from, the doctors know too little about it.  I appreciate the comment, though.

im fresh developer :) and i love ur Retro Halloween Tiles be couse is nice combination with old school modern be Jason Perry amd i ask do i can use ur work to other engine i mean Unity?

Sadly, no.  Due to the way the RM store works, the resources bought there are only licensed to be used in RPG Maker.  I was planning on releasing an updated version here, done in my own style with some new tiles (original tiles would be included), which is why I'm not selling them here at the moment.  Unfortunately a series of health problems have delayed my plans by a lot, so I don't have an estimated time for when they'll be up.  If you can't wait we can work something out.

Also I up-scaled the tiles and everything to work with RMMV.

Can someone make animal sprites?

Can you be more specific?  I mean, I'm not promising anything, but it's hard for someone to make what you want if no one knows what exactly you want.

You see how to trees take up more than one tile on the map?

I see what you mean by the larger objects.  Keeping everything to one tile was done on purpose for the style, so I won't personally be adding anything like that.  As for animals, there are over one million species of animals in the world, you really need to narrow it down.  If you're wanting a cow for your farm and someone makes a squirrel or a kangaroo, that's not going to be very helpful, you know?

What is the license on these (aka are they free to use in a commercial game?) Thanks in advance.

Oh!  Did I forget to include a licensing document?  Oops!  CC-BY-3.0 with the anti-DRM clause waived.  Basically, go right ahead and use in a commercial game, I just like to be credited.

Hi, this tileset looks awesome! I use RPG Maker to make maps for D&D streams on twitch. I was wondering if usage covers that or if you'd prefer if the tiles are only used for games directly? Thanks!

As long as I'm credited in some way I am happy.  Stream away!

Used this in a rush job for a jam or three, if you care. https://jorhlok.itch.io/furnis...

Cool!  Thanks for the heads up!

Nice. Kinda reminds me of Ys.

Oh? Which version? I usually have people telling me it looks like the early Dragon Quest games. 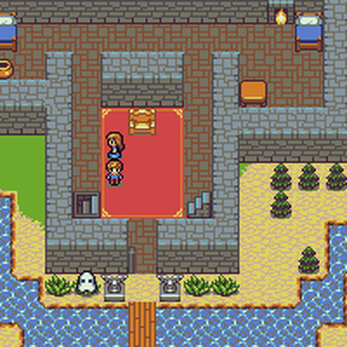 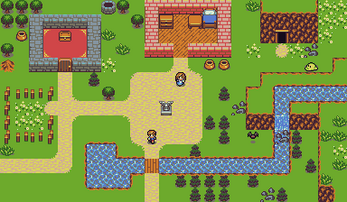 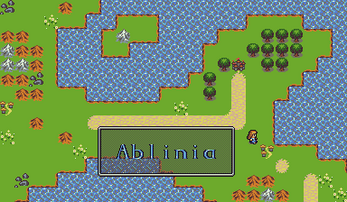